Distributing mobs in a dungeon based on player’s level (or some dungeon level difficulty factor) was somewhat straightforward, but I would still like to document the progress. I needed to place a mob that’s somewhat within the difficulty level I want, plus minus a few difficulty levels to spice it up. 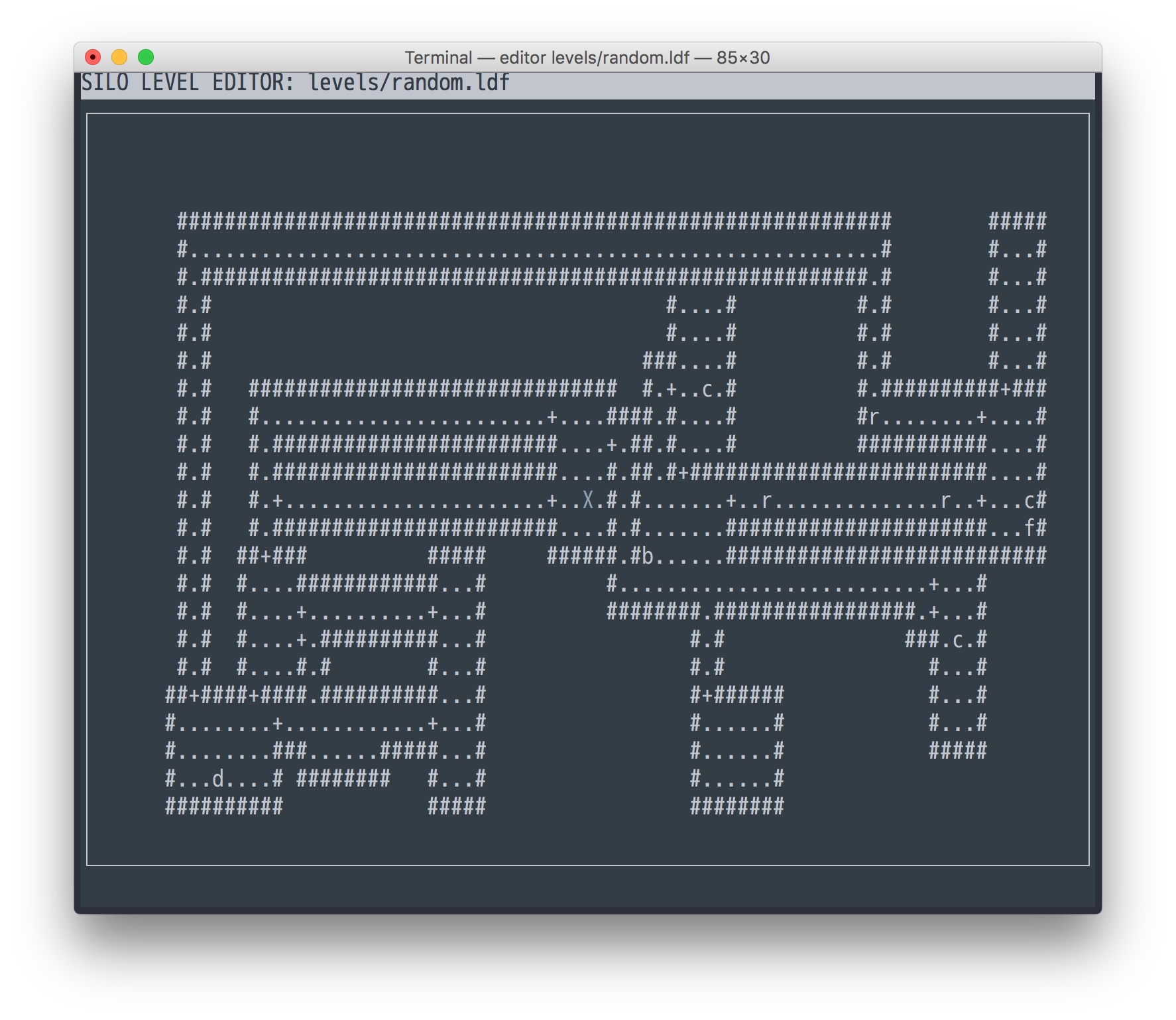 Without going straight into measure theory, I generated intervals for each mob based on the diff of desired level and their level, and then randomly selected a point within the boundaries. Here’s the abstract code:

Now, if I test the above for, say, a 1000000 iterations, with a chance of 0.5 (halving probability of selecting adjacent elements with each step), and 2 as a target, here’s the distribution I end up with: 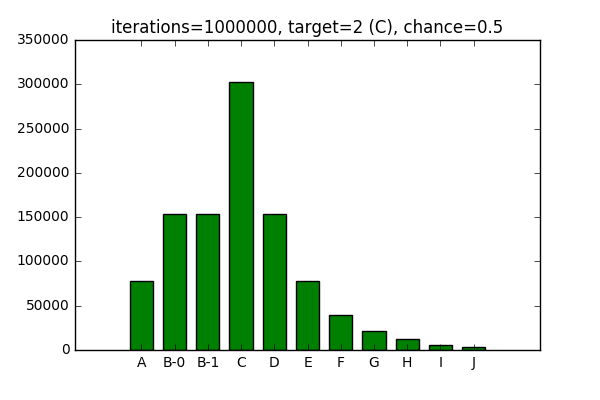 You can see elements B-0 and B-1 having roughly the same distribution, since they have the same weight. 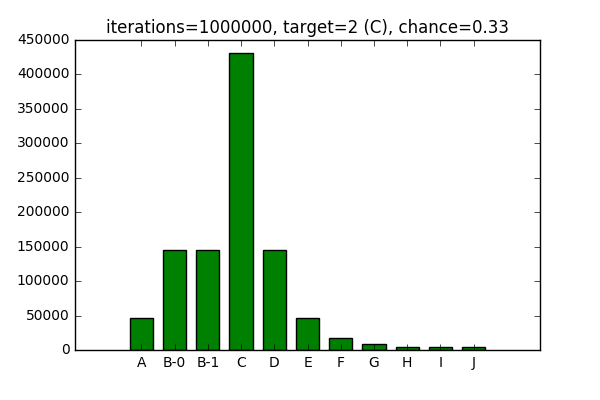 I works the opposite way as well, increasing the chance decreases likelihood of the target being selected and increases the probability for surrounding elements. 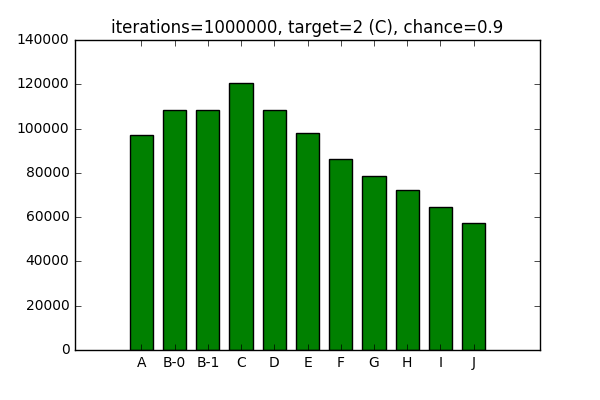 For the sake of completeness, it works with 0 chance of surrounding elements being picked: 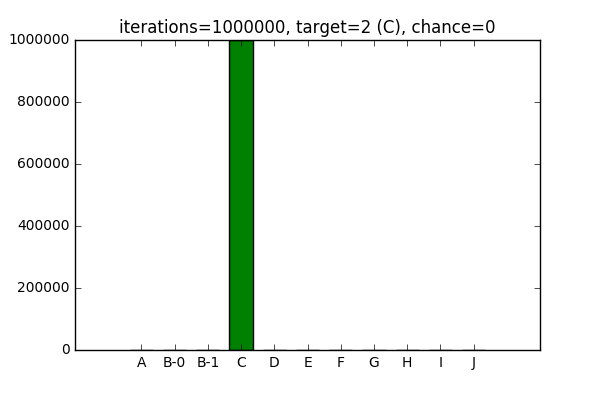 And an equal chance of picking surrounding elements: 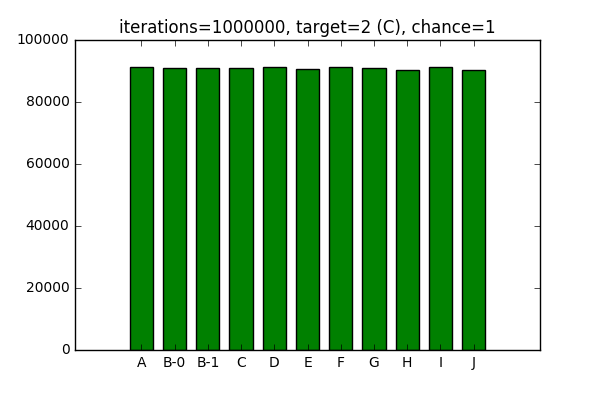 After playing around with the configuration in Jupyter Notebook, I cleaned up the algorithm above and included it into mob placement routine.