We’ll be having our 12th Numenera game later this week, and ultimately Numenera proved to be easier to run compared to Dungeons and Dragons. I just wrote about teaching Numenera to my D&D Players, and it’s worth sharing my own experience getting familiar with the system as a GM.

Story is the king

As a soft tabletop role playing system, Numenera focuses on storytelling over the rules. Every dozen pages or so the rulebook tirelessly reminds the reader: “if rules get in the way of having fun or creating an interesting story, change them”. 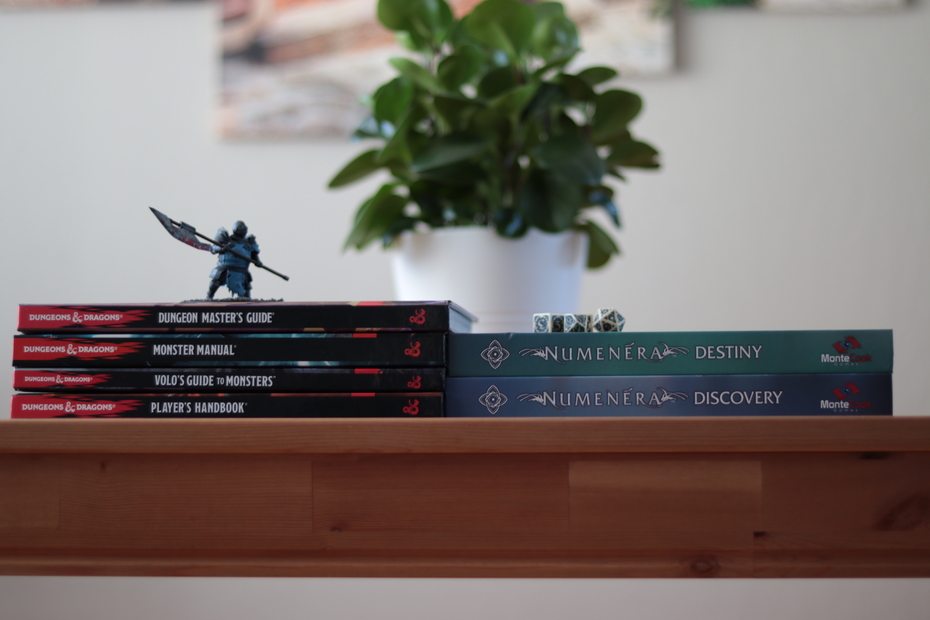 Depending on your DMing style and party’s needs you can get away with a lackluster D&D story: even if the party is saving the world from the evil wizard for the umpteenth time, there are decently fun board game mechanics to fall back to. Monster Manual and Dungeon Master’s Guide provide hundreds of fun creatures and straightforward rules for building balanced encounters, and there’s plenty of clearly laid out tactical choices and fun abilities to play with in combat. Take out the story telling, and you’ll have a pretty fun tactical game (isn’t that what Gloomhaven did?).

But there really aren’t enough rules in Numenera to make combat engaging without additional emotional investment from the players. This makes building something people care about paramount to having fun with Numenera. The usual storytelling rules apply: build a compelling story and let the players take you for a ride if their story is better (and it often is).

Numenera supports a breadth of combat options only limited by players’ imagination, but many of them are not immediately obvious, and newer players will struggle to utilize the full spectrum of abilities available to them. Combat uses the same rules as the rest of the game, and is not more mechanically complicated (you decide what you want to do, you try to beat certain difficulty, you fail spectacularly).

Because of this combat is completely optional in Numenera. Don’t force the players into combat if they find a way to avoid it. Make them feel great about their cunning victory! We’ve had great and satisfying sessions without a single thrown punch.

That being said, it does not mean Numenera combat can’t be fun. One of the most engaging sessions we had consisted of a single battle – when a monster hunter delve decided to hunt a morigo – an enormous beast whose entire purpose was to scare the players from entering an area. The fight was deadly and arduous, but the characters triumphed against all odds.

You still need to know all the rules

Latest edition of Numenera consists of two books, titled Discovery and Destiny – both targeted at the game master. The two tomes combined clock in at a whopping 800 pages of reading material. However only 29 of the lavishly illustrated pages outline the rules. The rest provide supplemental material: character customization options, the setting, realizing the world, building compelling narrative, and so on. 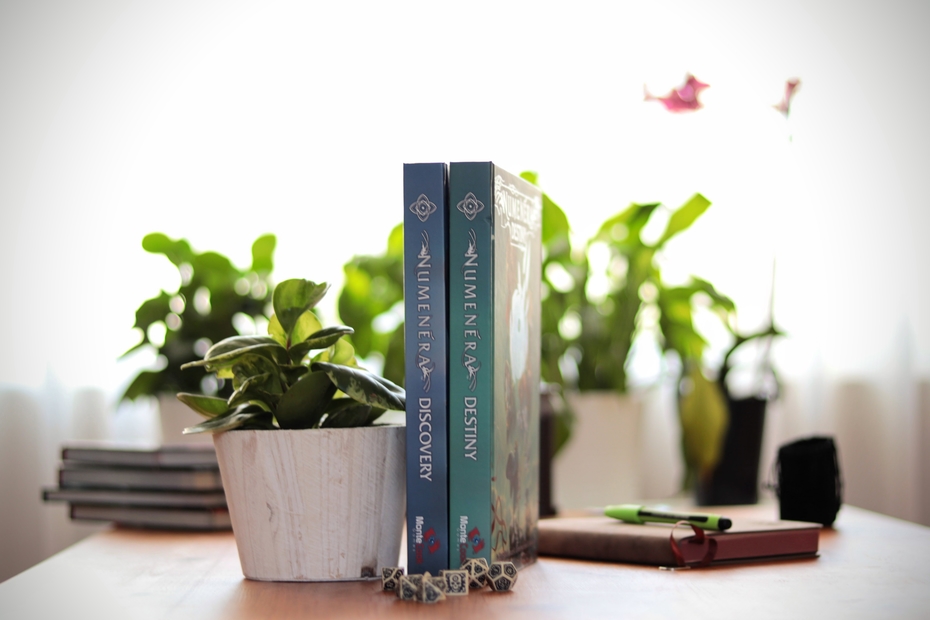 But because of this it’s even more important for the GM to be intimately familiar with the rules. Since there was so little to learn, the group of players I’m GMing for decided that it’s not worth reading the rules. Thankfully Numenera rules are easy to teach, but you still need to know the rules.

A lesson in assertiveness

When playing D&D, I’d often outsource dealing with the rules by designating a rules arbiter from the player ranks. This doesn’t seem to work in Numenera. There rules are guidelines, and logic dictates how each situation is resolved. GM has the fullest picture of the situation in their head, making it crucial for them to adjudicate.

It certainly took me time to get used to putting my foot down, even if the players might not always agree with the decision. I found myself frequently making snap judgements, and following up with any adjustments after the session – rpg.stackexchange.com turned out to be a great resource for asking questions about the spirit of the rules.

“And then you enter another room which contains X, Y, and Z”. That’s the line I kept repeating during our weakest session to date. Numenera does not land itself well to a typical dungeon crawl. 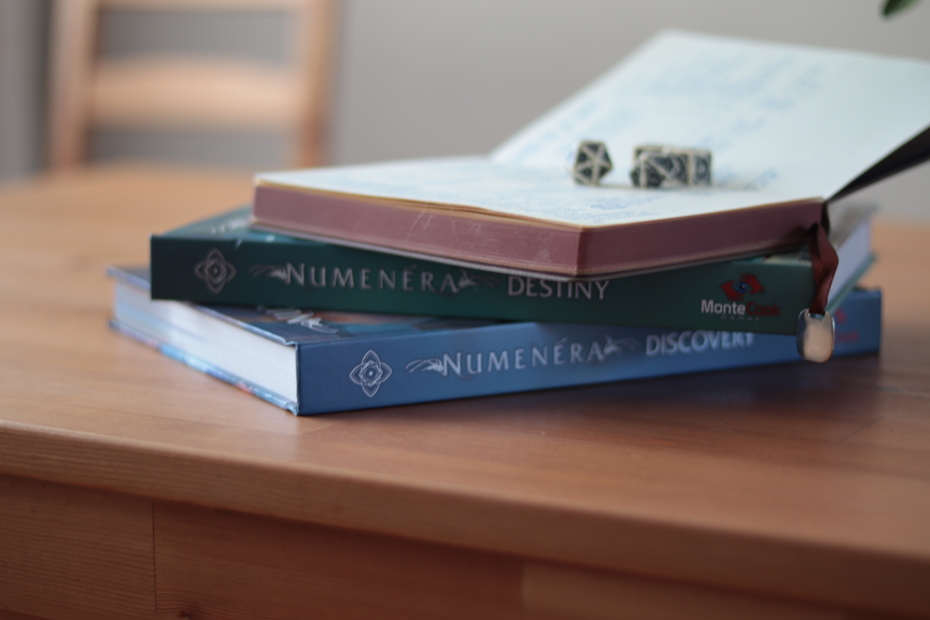 Monte Cook published a few sets of fantastic adventures which require little to no prep to run. Weird Discoveries and Explorer’s Keys let you run adventures with minimal prep. But it doesn’t help that these come with standard dungeon-style maps.

Turned out a more engaging way to describe locations is: “Over the next few hours you explore the obelisk, and within the maze of the corridors you note a number of places of interest. There are…”. The rulebook has my back on this too.

Bring out the weird

The most difficult part of running Numenera games was highlighting how weird the Ninth World truly is. My players kept falling back into thinking of Steadfast as a standard medieval fantasy setting, and that’s in many ways because I kept forgetting to tell them how weird everything is.

How a mountain in the background is a machine from the prior world. How the water in the swamp was a conduit for some unimaginable device. And how none of it should make sense.

In earlier games, I had explanations ready for everything odd occurring in the world. I’ve been slowly making an effort to make the world more mysterious, more unexplainable, and more weird. This seems to be the key to running a successful Numenera game, and I’m still trying to find the balance between a consistent, but weird world characters live in.

Numenera for D&D DMs Numenera for D&D Players Adjusting to working from home How I use Vimwiki Google Drive on Linux with rclone Sane Vim defaults (from Neovim) Status bar color in Vim terminal mode My book has been published! Cross-platform vim-plug setup Minimalist phone launcher 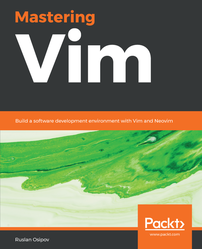